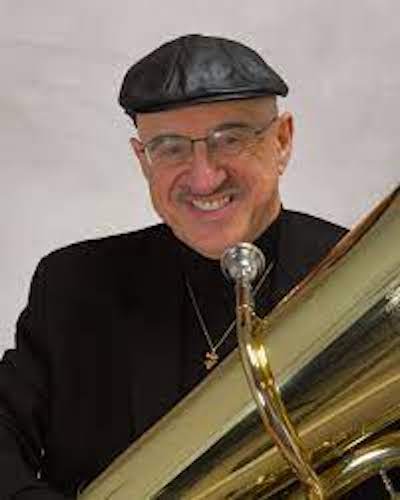 Dan Perantoni, also called "Mr. P", is known throughout the world as one of the great tubists and in addition, one of the great teachers. I feel lucky to say he is a good friend, and as a composer I have written a number of pieces for him. So it was a real pleasure to have a conversation with him. At times we talked about specifics of playing and teaching while at other times we just had fun talking!

Although Dan is known mostly as a player for his solo and chamber playing, he has also had vast experience as an orchestral player. In Part 1 of our conversation, I ask Dan to first talk about his orchestral career. Dan then talks about his other experiences as a player, including playing with the Summit Brass, St. Louis Brass Quintet, and the Matteson-Phillips Jazz Quartet.

In addition to having had a stellar career, Dan Perantoni is also regarded as one of the greatest tuba teachers in the world, with his students holding positions around the world. In Part 2 we take a deep dive into Dan's ideas about teaching, and how he works with his students at Indiana University.

A very early influence on Dan was his father, and then later on Donald Knaub at the Eastman School of Music. I ask Dan about his early experiences as a musician, and we end our conversation with Dan talking about his efforts to design and build better tubas.